Sweden is absorbing the vast majority of the migrants coming to Europe to seek asylum and the country is now in turmoil.Violence and crime has swept the nation with police declaring they now have entire areas which are ‘no-go’ zones.In 2015 alone Sweden, with a population of 9.5million, received over 160 000 asylum applications and the country is expected to take as many as 190,000 refugees, or two per cent of the population, in 2016.

Since the Second World War Sweden has prided itself on helping migrants who cross their borders despite some moves to the political right in recent years.

But now the once welcoming country has turned into a battle ground where Swedes are afraid to go outside and police are openly attacked by migrants. 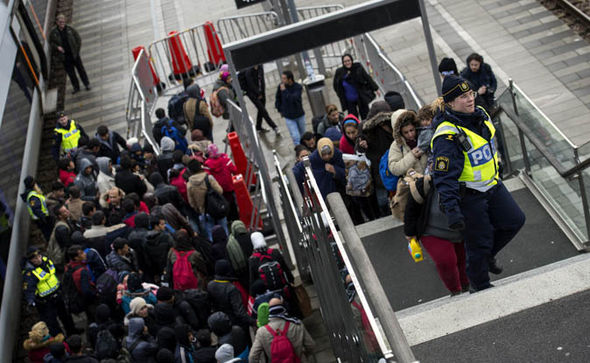 In a secret report by Sweden’s National Criminal Investigation Service attacks on officers are detailed including police cars being stoned by masked groups.

Some 52 areas have been put on a “blacklist” with some areas being so lawless two cars are sent to every call out.

The report said children aged 12 carry weapons for older criminals and 70 cars and buildings were set on fire in an arson spate last year.

On February 6 Express.co.uk revealed a map with nearly 20 sex attacks that happened in January alone.

The incidents involve young boys and girls, as well as adults being held down, groped, flashed, raped and claimed as a migrant’s property.

As Europe saw the highest number asylum seekers since the Second World War last year, the unprecedented number has greatly challenged the resources and social structures in Sweden.

Sweden is apart of the Schengen zone but after a historic autumn resulting in many political changes in Sweden and the EU the country has for the first time in recent history implemented border control to its fellow Scandinavian countries.

In November, Anders Danielsson, the Director-General of the Migration Agency in Sweden said: “More people than ever are seeking asylum in Europe and in Sweden, and the situation at the moment is totally unprecedented.” 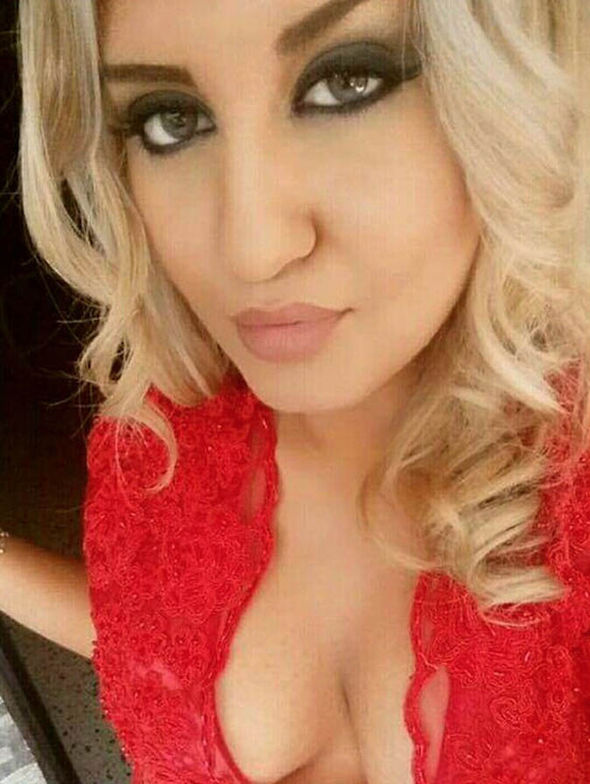 According to the UNHCR one million people will make their way to Europe in 2016 and the Migration Agency stated “it is hardly possible to talk about a forecast any longer”.Early on in 2015 as many as 4,000–5,000 asylum seekers came to Sweden each month with a dramatic increase to 39,196 in October.

The unparalleled growth caught Sweden’s public sector off guard with officials demanding the Government grants them more resources to absorb the impact.

National Police Commissioner Dan Eliasson has even declared his officers did not have the resources to halt the growing migrant violence and attacks. 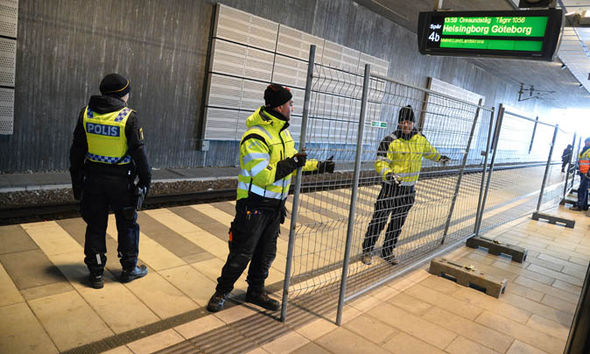 Sweden has implemented border control to its fellow Scandinavian countries

In January Swedish police had to flee after being surrounded by an angry mob of migrants when they went to rescue a 10-year-old boy, who had allegedly been raped.An alarmed officer revealed he was mentally prepared to fight for his life as the migrants closed in on him and his team.

The number of reported incidents at Swedish asylum centres has increased drastically from 148 in 2014 to 322 in 2015.

According to a national progress report, the increased violence is due to overcrowding, low standard of living, mental illness and insecurity about the future.

The report said: “Police do not have the resources to handle all the disturbances at reception centres.”

As officers struggle with the situation, migrant violence has drastically increased as two people have been killed at refugee centres in Sweden.