A SYRIAN refugee with four wives and 23 children has sparked outrage after it was claimed he was receiving a staggering £320,000 a year in benefits.

The migrant, known only as Ghazia A, fled Syria last year along with his family.

He has since resettled in Germany with his four wives and 22 of his children. One of his daughters has since moved to Saudi Arabia where she has married.

The family could be receiving more than £320,000 a year in benefits according to a financial manager on the Employers’ Association website.There is no official confirmation on this figure.Under Islamic tradition, the 49-year-old can have up to four wives – as long as he can support them financially. 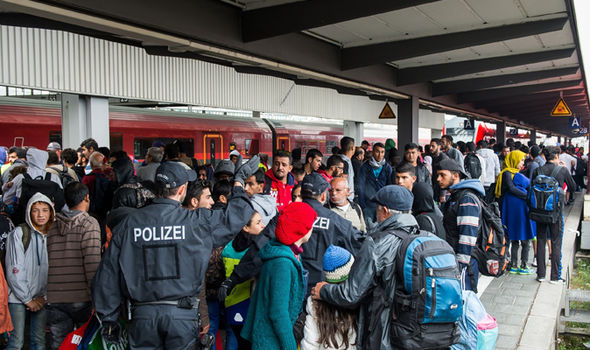 Under Islamic tradition, the 49-year-old can have up to four wives – as long as he can support them

Germany does not legally recognise polygamy, meaning that Ghazia A was forced to choose a “main wife” so the rest of the family could claim benefits. The other three wives are categorised as “friends” of the Syrian migrant.But a local official in the town of Montabaur described the situation as an “exemption”.Ghazia A now lives with his “main” wife Twasif and their five children in Montabaur, in the state of Rhineland-Palatinate – while the other three wives and children have been moved into neighbouring communities up to 31 miles away.The man used to work in a garage and car hire service in his homeland but has not worked since resettling in Germany.He expressed an interest in working again but noted his commitments to his family made this difficult.He told German newspaper Bild: “In our religion it is my duty to visit every family and to be with them.” 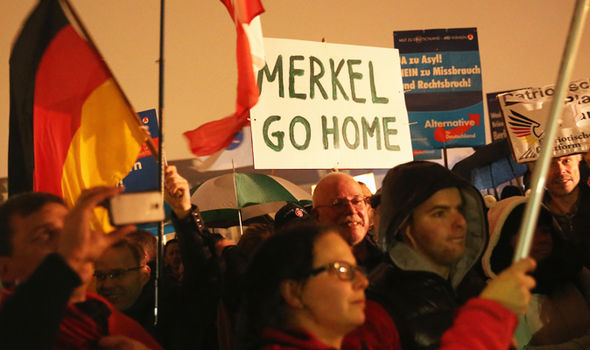 There has been protests in Germany regarding the immigration policy

One of Ghazia’s neighbours, Sergei Jaufmann, said: “The children play football in the street. The mother I often see, when it comes from shopping.”Social media users vented their frustrations, with one claiming “the Syrian with 4 women and 23 children is now being sold to us as a new normality”