The damning police report, which is looking at why Sweden has the worst rates of physical and sexual violence committed against women and girls in Europe, has also excused refugees who it says “cannot handle the alcohol”.

Shockingly, the report revealed the majority of sex attack victims were under the age 15.

Police also admitted the majority of attacks have taken place in public places had been committed by Muslim migrants.

The report also warns that girls in Sweden are called “whores” and abused for “their clothes” which leaves many too scared to walk the streets.The report ‘The Current Situation of Sexual Molestation and Proposals for Action’, says: “Control is exercised over women through violence, thus shaping her according to the man’s idealised vision of femininity.“During the exercise of violence, men can embody a typical ‘male’.

“In other words, the violence makes possible what is considered masculine and can provide ‘benefits’ for the perpetrator.”

Sweden has long prided itself on helping migrants 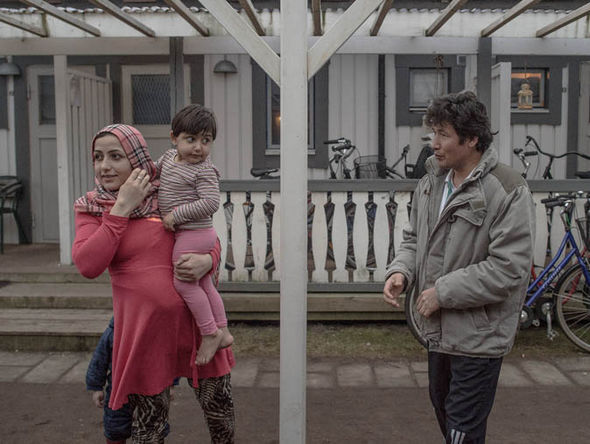 Sweden is expected to take as many as 190,000 refugees this year

The report comes after it emerged gangs of young men, believed to have been migrants, molested women in Malmö, Karlstad and Kalmar in Sweden on New Year’s Eve.

Police had earlier been accused of ignoring sexual harassment at Stockholm music festival.But in this report police appeared to dismiss their responsibility and said investigating incidents in massive crowds was “difficult” because witnesses are not registering what is actually going on.Tensions have soared in Sweden this month over the migrant crisis – with support for EU membership plunging.

Experts believe the ongoing refugee crisis to be the main reason for the waning support for the 28-member bloc.

Ever since the Second World War, the Scandinavian country has prided itself on helping migrants who crossed its borders despite some moves to the political right in recent years.But increasing violence among the migrant population has led some to question its goodwill.The Nordic country, with a population of 9.5million, received more than 160,000 asylum applications last year – the biggest influx in the EU as a proportion of the population.