Home » Swedenstan » “Refugees” are placed with Pensioners in Ekerö

“Refugees” are placed with Pensioners in Ekerö

As rampant housing shortages, Sweden has decided to place newly-arrived migrants in a retirement home as part of a trial project. Although temporary, this measure has been hailed as promoting integration and is said to have received overwhelmingly positive reactions.

Ekerö Municipality in Stockholm County has found a resourceful solution to the housing shortage for its new arrivals: Söderströmsgården retirement home. In addition to alleviating the acute housing shortage, this move is said to promote the new arrivals’ social interaction.

Now, immigrants and senior citizens will be placed under the same roof, as Söderströmsgården currently has unused living space in two wings aimed for future expansion.

“In the current situation when we have a dramatic shortage of housing for our new arrivals, we are giving them a few spare rooms,” regional integration manager Anders Angarius told the news outlet Stockholm Direkt. 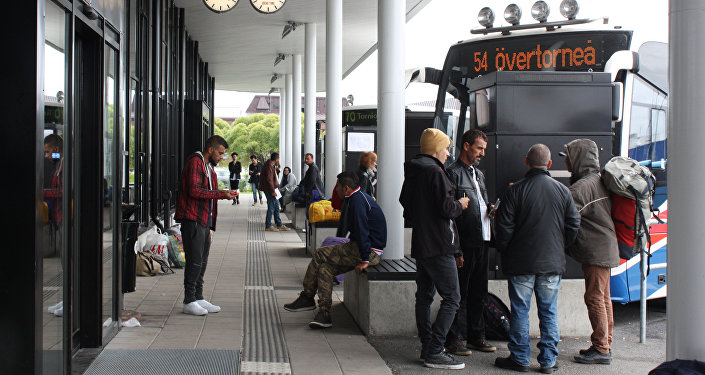 According to Anagrius, the decision taken by local government officials is positive in several ways. Among other things, he points out that housing is a centrally located venue where the new arrivals can socialize with the elderly and vice versa.

The migrants will have their own apartments, where they will take care of food and laundry themselves. Each apartment has its own washing machine and stove.

Although temporary, this solution will be implemented at the end of this week or next week. The new tenants will be adult migrants, although not retirees. The scheme is said to put particular emphasis on single women.

Anders Anagrius pointed out that the unorthodox housing solution has so far generated happy responses.

​In 2015, at the height of the migrant crisis, tenants were moved away from Bukärrs retirement home, which was then decided to become a migrant accommodation. Faced with a dramatic surge of refugees, Sweden had to resort to unorthodox solutions, such as tents, former barracks, hotels and even cruise ships.

Last year, Sweden’s population exceeded the symbolic 10 million mark, mostly due to the influx of migrants. Although widely welcomed as a means of offsetting adverse demographic trends, the influx has exacerbated the Nordic nation’s housing crisis, in which a total of 710,000 new homes will be needed by 2025.

In late summer, the Sweden government presented a program featuring nine areas in six municipalities selected for the construction of new urban areas and cities (up to 100,000 new homes in total). This program is mostly aimed at migrants as the most vulnerable population group that experiences severe problems accessing the country’s housing market.

Critics of the program drew parallels with the notorious Miljonprogrammet (Million Program), under which one million affordable homes were built between 1965 and 1975 to lodge the lowest income groups. In recent years, the program has been “credited” for promoting the emergence of blighted areas in major Swedish cities.