Immigration Minister Sylvi Listhaug, established Norwegian media outlets, local actor Kristoffer Joner, the asylum advocacy organization NOAS and around 30,000 donors to NOAS all found themselves caught up this week in a Facebook stunt that was backed, it turns out, by a Norwegian advertising agency working for NOAS. Joner and NOAS were aware that the ad agency was behind a Facebook appeal to aid asylum seekers that otherwise seemed to come at Joner’s initiative, and now their credibility is on the line as well. 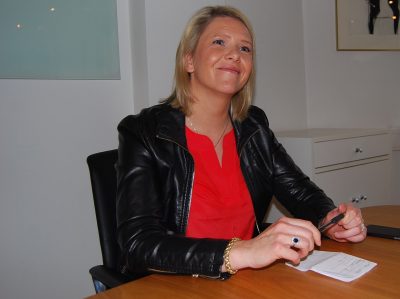 Immigration Minister Sylvi Listhaug has latched on to social media in recent months, but got a taste of her own medicine this week when a Norwegian actor attacked her on Facebook. She later seemed to have the last laugh, after a Facebook campaign against her turned out to be part of an ad campaign for NOAS,  a group that helps asylum seekers. PHOTO: newsinenglish.no/Nina Berglund

It all seemed to be a case of a politically active actor (Joner) reacting to the latest anti-immigration rhetoric from Listhaug, who is quickly establishing herself as Norway’s female version of Donald Trump. She hails from Norway’s most conservative political party, the Progress Party, that’s not only represented in Parliament but has shared government power with the Conservatives since 2013.

Listhaug has latched onto the Facebook bandwagon and recently emerged as Norway’s top politician with the highest degree of political engagement, in terms of published items shared in the hopes of sparking debate. Listhaug has also been borrowing Trump’s tactics of tapping into voters’ alleged frustration, to such a degree that one college lecturer in Oslo has referred to Trump and Listhaug collectively as “Trumphaug.” Kjell Terje Ringdal, who specializes in rhetoric at Kristiania College, wrote in newspaper Aftenposten on Tuesday that Listhaug, like Trump, has seized on using tough language and denouncing “political correctness.” Ringdal claims she chooses her issues carefully to maximize divisiveness and emphasizes misery and frustration to attract voters “like flypaper.”

Explosive effects
Newspaper Dagens Næringsliv (DN) reported on Tuesday that Listhaug, who was appointed as Norway’s first government minister in charge of immigration issues last December, also recently hired a 24-year-old former Facebook employee as one of her political advisers to help her exploit social media for all it’s worth. Espen Teigen worked for the Progress Party before joining Listhaug’s staff at the ministry last spring to help her spread her message. Sometimes he even writes what’s published in her name, with all postings urging readers to “like,” comment on and share them with their contacts.

The result has been explosive. DN reported that Listhaug only has half the followers on Facebook (93,795) as those claimed by Prime Minister Erna Solberg (177,669). but Listhaug’s engagement factor is 10 times Solberg’s.

‘Flattered’ by The New York Times
Last week, Listhaug chose to feature a story in The New York Times that had picked up on Norway’s tough new asylum rules initiated by Listhaug last winter. The Times story ranked Norway as the country in Europe that’s most determined to send rejected refugees back to where they came from, and Listhaug was clearly flattered and very proud. She hailed the Times story on Facebook and urged her followers to “like and share it, if you agree!” 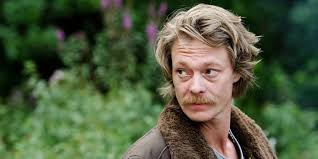 Actor and Labour Party politician Kristoffer Joner seemed to lash back at Immigration Minister Sylvi Listhaug on is own, but he was backed by an ad agency working for the asylum group, PHOTO: Filmweb

That seemed to provoke actor Kristoffer Joner, who’s best known for his roles in various films including the popular Bølgen (The Wave) but who also represents the Labour Party on the city council in Stavanger. Norwegian Broadcasting (NRK) and newspaper Aftenposten were among Norway’s established media outlets that reported this week how Listhaug’s pride in forcing the refugees’ returns allegedly angered Joner so much that he finally joined Facebook himself, to launch his own social media campaign against Listhaug.

He wrote on his new Facebook page Monday that it was both “vicious” and “reprehensible” for a representative of the Norwegian people (Listhaug) to “delight in others’ tragedies.” Joner said he also found it “quite nauseating” that Listhaug would use “like” and “share” tactics to share her pleasure over refugee returns with the largest possible number of people.

Shaming Sylvi
He decided, he claimed, to use the same tactics, but for a different purpose. He urged his followers (who weren’t many since he’d just set up his page) to also “like” and share his appeal that they all donate NOK 100 (USD 12) to NOAS, the asylum seekers’ advocacy group, in Listhaug’s name. “For every single donation that comes in, Sylvi Listhaug will receive a ‘thank-you’ card from NOAS. My hope is that she will get a truckload. And feel ashamed.” 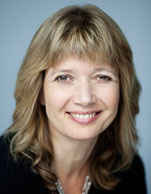 NOAS leader Ann-Magrid Austenå was under fire Tuesday over what turned out to be an advertising stunt. PHOTO: NOAS

Joner didn’t respond to Aftenposten’s requests for further comment, but NOAS’ leader, Ann-Magrit Austenå “confirmed” to Aftenposten that Joner himself had taken the initiative for the campaign. “Joner is expressing what many others believe, that it’s not okay for a government minister to fail to understand the dramatic consequences her policies have, especially for children (who are returned with the parents, often to deeply troubled homelands),” Austenå told Aftenposten.

Joner’s Facebook appeal spread almost as explosively as Listhaug’s, prompting 13,300 people to send in donations. By Tuesday, the donations had doubled, resulting in NOK 2.6 million (USD 305,000) flowing into NOAS’ coffers.

Fighting fire with fire backfires
By mid-morning on Tuesday, though, NRK’s cultural news radio program called NRK Kulturnytt was reporting that a local ad agency working on behalf of NOAS was behind Joner’s attack on Listhaug. Austenå admitted that one of Joner’s friends who works for the agency had planted the idea and Joner went along with it. Austenå claimed to NRK that the campaign “wasn’t an attack on a minister” but rather “criticism of how power is exercised, and how a minister who has has a lot of power talks about other people and creates fear around other people.”

Austenå also claimed that she didn’t think anyone had any reason to feel tricked or cheated. Donors can get their money back if they do feel they were misled, she told TV2, “but it would surprise me very much” if anyone requests a refund. We don’t have any desire to trick anyone, and I really can’t understand why anyone might feel cheated.”

Surprised were thus in store for Austenå, whose NOAS site ended up being peppered with the media reports of how both media outlets and donors had been tricked. Listhaug also seized the opportunity to discredit Joner’s campaign against her and NOAS, writing again on her Facebook page Tuesday that “I can understand if some now feels cheated.” She told NRK that “what appeared to be an initiative from a single individual proves to be an advertising campaign.”

Listhaug lamented on her own Facebook page that “if the money is to be donated in my name, like it was here, I would have rather it went towards helping refugees in their own areas, where most of them in fact are. There are many who need health care, schooling and other necessities. The government has provided help where they are (before fleeing to Europe).”

Aftenposten, which also appeared to have been taken in by the advertising campaign, was among the media outlets reporting at midday that many donors were indeed demanding their money back. “It’s okay that I gave NOK 100 to NOAS, but I don’t like to be cheated,” wrote one donor on NOAS’ own Facebook page. “This is a swindle – I want my money back again!”

Aftenposten, barely concealing its own anger at being duped, also wrote that what Austenå of NOAS had told its reporter proved to be untrue. Aftenposten wrote that its reporter had repeatedly asked Austenå about what if any relationship Joner to NOAS, and she said they had none at all. On Tuesday she failed to respond to Aftenposten’s requests for answers and comments, while money continued to pour into NOAS’ account, totalling around NOK 3 million by mid-day, according to NRK.