In Sweden, unaccompanied male minors made up 21 per cent of all new arrivals from the Middle-East and Africa last year.

Among that number there was only one girl for every 11.3 boys, according to figures from the American website Politico.

The figures also showed that from 18,615 muslims who entered Sweden last year, only 2,555 were girls.

Adding those numbers to those of Swedish nationals from the same age group, the total number of boys in the country comes to 121,914 compared to only 99,079 girls.

That disparity is greater than China’s, a country renowned for its male-heavy population, where there are 117 boys for every 100 girls.

Sweden, together with Germany and Denmark, has been one of the most generous European countries when it comes to hosting refugees.

But Swedes’ tolerance towards the new arrivals is ebbing. 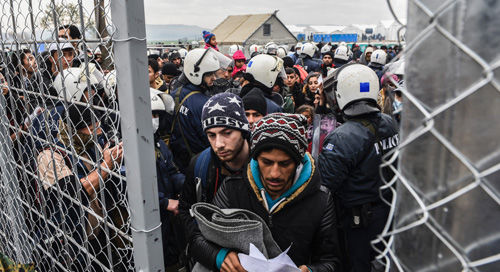 In 2015 more one million refugees arrived in Europe 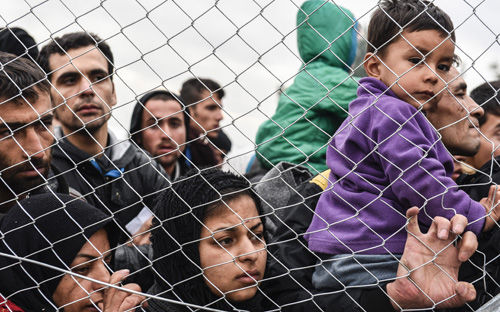 Sweden’s far-right, anti-immigration party, now has a 20% support amongst the electorate

The country’s leftwing government has moved to impose border controls after opinion polls revealed the opposition party, the extreme-right wing Sweden Democrats, now enjoys a 20 per cent support from the public.

In 2015 more than a million muslims arrived in Europe, mostly from Syria, Africa and South Asia, according to figures from the International Organisation for Migration (IOM).

The refugee crisis looks set to continue well into 2016. Earlier this week 24 people drowned off the coast of Turkey as they attempted to reach Greece