SHOCKING footage from Sweden shows police struggling to keep the deal on the unprecedented levels of crime as cars burn across Malmö.

More than 20 vehicles were set on fire in the southern city, which has been plagued by increasing levels of violence amid growing tensions.The video shows chaos in Malmö as vandalism is only one of many incidents to have occurred as police crack down on organised crime.Saturday saw Sweden’s third largest city suffer the worst surge of violence since July, with at least 70 cars burned out in less than three months. 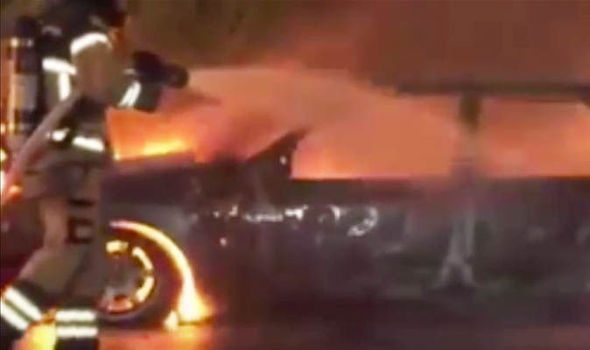 On Sunday, fire fighters were called out to put of burning cars in nine locations at the same time, with a total of 11 vehicles being destroyed.Police have said they believe the serial fires are “revenge” for a crackdown on organised crime in the city early last week.Officer Erik Jansåker said: “This, in my opinion, is criminal people who are [lashing out] because of our efforts to [crack down] on the serious organised crime.” 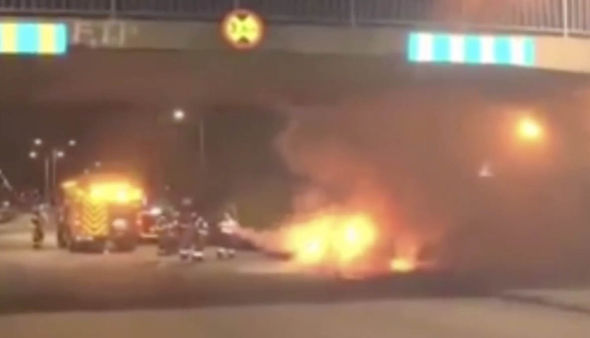 I think it’s an act of revenge, nothing else

Speaking to Expressen.se, law expert Sven-Erik Alhem said the fires were an act of revenge.He said: “I think it’s an act of revenge, nothing else.”One man has been arrested with the weekend’s rampage, Swedish officials have confirmed.The suspect was detained in connection to a bus fire, but police said they believe they may be able to connect him to some of the other blazes.