THE EU’s days might be numbered with Italy about to vote on a referendum which could send shockwaves across the continent.

Analysts believe the outcome of the ballot on constitutional reform could have massive global implications.With many European leaders already coming under severe pressure from anti-EU parties ahead of elections next year the significance of the Italian result is huge.Defeat for Italian Prime Minister Matteo Renzi could lead to even deeper social turmoil in countries already struggling with austerity, immigration problems and a growing contempt for Brussels. 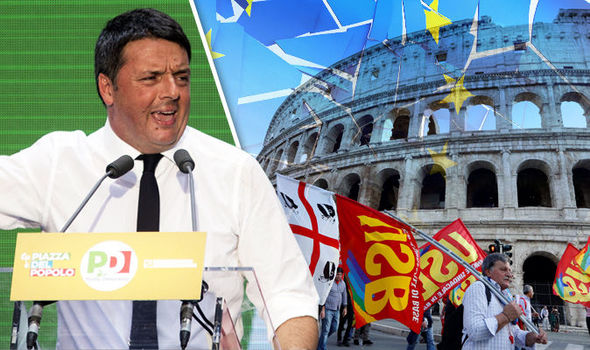 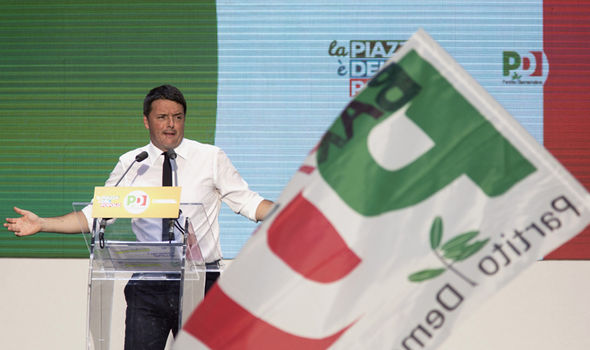 Maria Paola Toschi, global market strategist at JP Morgan Asset Management told CNBC: “The upcoming Italian referendum this December may create volatility across markets as the year draws to a close.”Ms Toschi said the referendum is widely considered as political test for Italy and its leader Matteo Renzi.She said: “A victory for Yes could reinforce the empowerment of the current coalition on an ambitious program of reforms.”A victory of No could open a period of uncertainty on the political stability of the current coalition that has been always strongly committed on reforms.”
Under the Italian constitution any new law needs to be approved by both the Chamber of Deputies and the Senate, often resulting in delays.But on December 4, the Italian public will get to decide whether they want to stick with the old way or shake things up by restructuring the legislative process by effectively reducing the second chamber’s power.Mr Renzi has vowed to resign and abandon politics if the constitutional reforms were not passed and opponents appear to have seized on what they see as an opportunity to oust him and press ahead with their own populist anti-EU agendas.Ms Toschi said: “There is certainly a lot of interest on the upcoming Italian referendum and what its result may mean for the future of Europe’s political stability.” 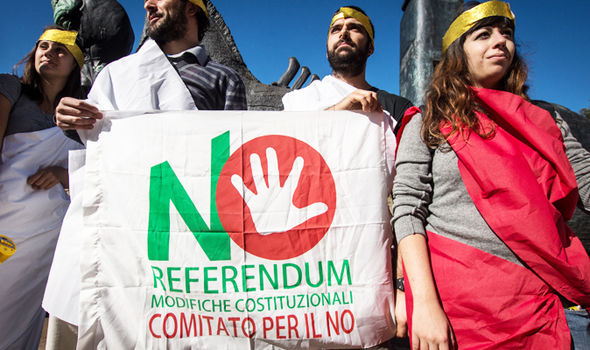 No campaigners make their views known at Rome’s Colloseum

Ana Thaker, a market economist at PhillipCapital said the Italian result could be as “significant as Brexit”.She said: “Britain’s decision to leave the European Union was the first sign of trouble in the European Union.”If Italy decides to leave, it is confirmation that the union is in trouble and could spark a long-term market rout which European equities would suffer from the most.”But Carlo Messina, CEO of Intesa Sanpaolo said the Italian referendum is not Brexit 2.0.

He told CNBC: “The referendum is not Brexit. It is not leave or remain in the eurozone. It is a change of a constitutional law so it can change or create the instability, some volatility but something that can affect the trend or reform within the country.

“There is an exaggeration on the approach outside of Italy on the results of the referendum.”