In an outspoken attack Prime Minister Matteo Renzi said Vienna’s planned to build a fence on the border between the two countries to keep out migrants was “dangerous”.

While he did elaborate on what he meant by the “ghosts and spectres of the past” his remarks could be seen in Austria as a thinly-veiled swipe at the country’s historical involvement in the Second World War.

Austria was the birthplace of Adolf Hitler and was part of the Third Reich.The remarks risked further stoking rising tensions between leaders in Vienna and Rome, who are at loggerheads over how to deal with the migrant crisis. 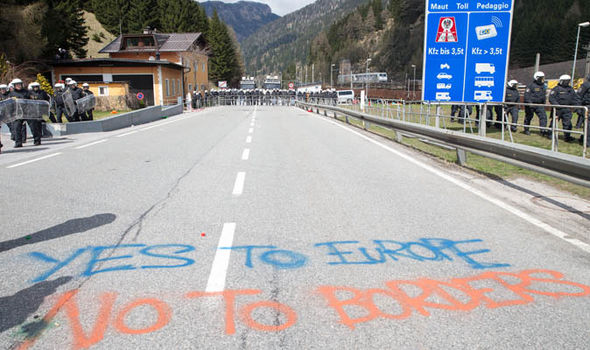 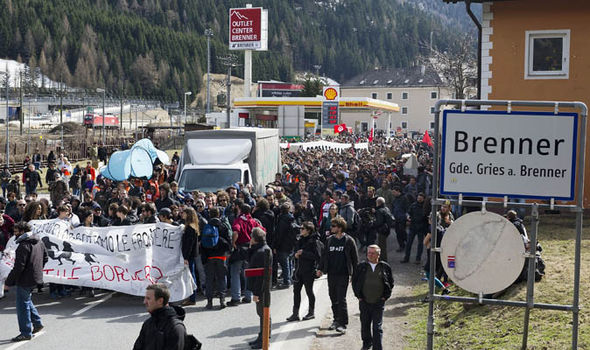 Austria wants to build a border fence and station troops at the Brenner Pass, in the Alps, which serves as the main border crossing point between the two countries.It has introduced a series of no-nonsense measures to cut migration in recent months, including introducing tough border checks and placing a limit on the number of asylum applications officials can accept every day.

But a number of Italian politicians have made outspoken attacks on Austria – which is a key transit point for migrants hoping to reach Germany and Sweden – in recent weeks.

And that rhetoric was ramped up further today by Mr Renzi, who attacked the plans to restore border controls at the Brenner Pass. 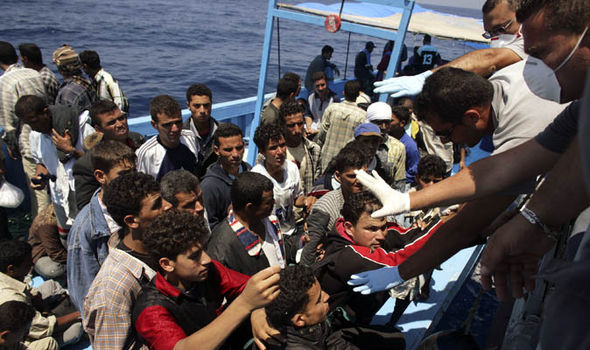 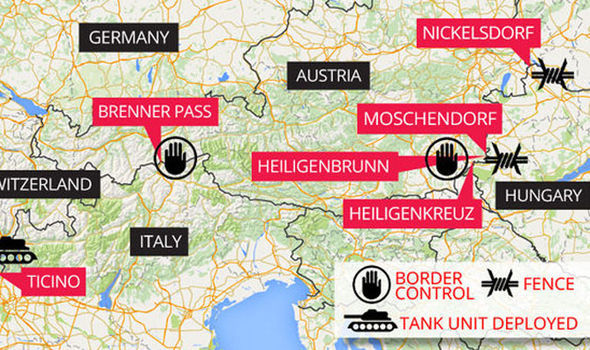 The migrant crisis has pushed the Schengen zone to breaking point

If you play on fear, you risk giving strength to those who know best how to wake the ghosts and spectres of the past

Austria wants to put border measures in place amid fears Italy will become the new entry point of choice for migrants arriving in Europe, with those landing in Greece now being deported back to Turkey under an EU deal.He told the lower house of Italy’s parliament in Rome: “It is a dangerous operation. If you play on fear, you risk giving strength to those who know best how to wake the ghosts and spectres of the past.”

In a ferocious attack Mr Renzi described the Austrian plan as “little more than a provocation” and added: “The Brenner Pass is a symbol of the last 100 years. So many of our countrymen died there and it has become a symbol of friendship and dialogue.”

The Schengen zone was created to help nurture European integration and prosperity after a 20th century marked by nationalism that led to two World Wars which devastated the continent.

But it has been brought to its knees over the past year as Europe has struggled with the arrival of more than one million people looking for a better life.

As EU leaders have struggled to handle the crisis barbs have been traded between Austrian officials who say Italy should stop migrants heading for the wealthy north of the continent and Italians who say that all EU nations should cooperate in tackling the crisis.

Austrian Interior Minister Wolfgang Sobotka said in Rome last month that as many as a million migrants were poised to cross the Mediterranean from Libya this year. Italy says the figure is much lower though calm summer seas may well bring a surge.