The latest figures are “the tip of the iceberg” according to Christian advocacy charity Open Doors.

Some 743 Christians and 10 Yazidis were the victims of religious motivated attacks between February and September 2016, with some of victims aged five to 12 years old.

Migrant centres in Germany must do more to protect Christians from the attacks with are said to “occur frequently and nationwide” at the hands of some Muslims in the camps.

According to the report, 91 per cent of Christians and Yazidis surveyed accused Muslim migrants of carrying out the violent attacks, with 28 per cent accusing camp guards.

Open Doors estimates the actual number of attacks could be in the thousands with just 17 per cent of those surveyed reporting the crimes to police.

Many did not report the attacks to the authorities out of fear.

Christians are said to have suffered sexual assaults, violence and death threats in camps across Germany.

More than one million migrants have arrived in Germany since last year.

The report found: “The documented cases confirm that the situation of Christian refugees in German refugee shelters is still unbearable.

“As a minority they are discriminated against, beaten up by and receive death threats from Muslim refugees and partly by the Muslim staff-securities, interpreters, volunteers- on grounds of their religion.”

Of the 743 attacks, 42 per cent experienced death threats, 83 per cent underwent multiple assaults and 6 per cent were sexually assaulted.

The report found: “The highest risk in participating in the survey was taken by the converts from Islam to Christianity, according to the Koran their change of faith is considered as a crime worthy of the death penalty, therefore they are explicitly in danger.”

One refugee from Iraq was moved into another centre after refugees threatened to kill him.He said: “The Muslims in the house discovered that I am Christian because I was reading the Bible. I received death threats. They wanted me to convert back to Islam.“The manager of the facility said that he is helpless and cannot protect me. As I feared for my life, I then reported it to a social worker who then wrote a report.“The death threats increased. The interpreter tried to trivialise the threats and conceal it from the social welfare department.
“The department instructed the facility management to make more of an effort to ensure my safety. They were incapable of doing so and therefore I was moved into other accommodation.”Ten Yazidis told Open Doors they had suffered sexual harassment and received death threats in the camp.The Kurdish religious community has been the target of ISIS militants with the UN condemning the terrorists for committing genocide against Yazidis in Syria and Iraq. 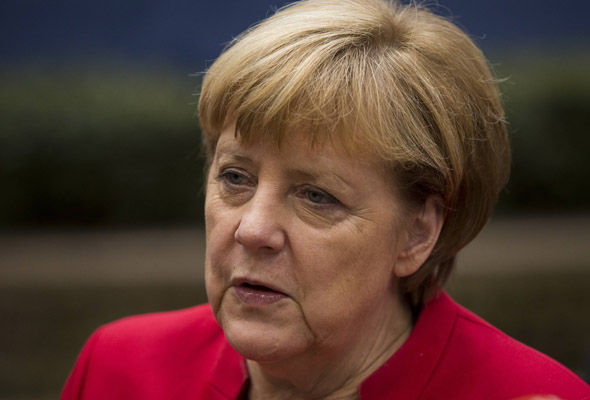 Open Doors says not enough it being done to protect Christians from attacks, with the majority of abuse taking place in the deferral states of Berlin, Hesse and North-Rhine-Westphalia.The charity said separate accommodation must be provided for Christians, Yazidis and other at-risk minorities and the authorities must increase the number of non-Muslim guards at migrant centres.The report said: “There must be no more ‘integration experiments’ at the expense of Christian refugees and other religious minorities in German asylum and reception centres.”The majority of the refugees surveyed come from Iran, Syria and Afghanistan.The survey was conducted by Open Doors, Action on Behalf of Persecuted Christians and the Needy (AVC), International Society for Human Rights (IGFM), Aid to the Church in Need and Central Council of Oriental Christians in Germany (ZOCD).

It comes just five months after an Open Doors study found more than 80 per cent of Christian refugees in Germany feel abandoned with a huge majority suffering attacks, abuse or other forms of harassment in reception centres since arriving in the country between February and April 2016.