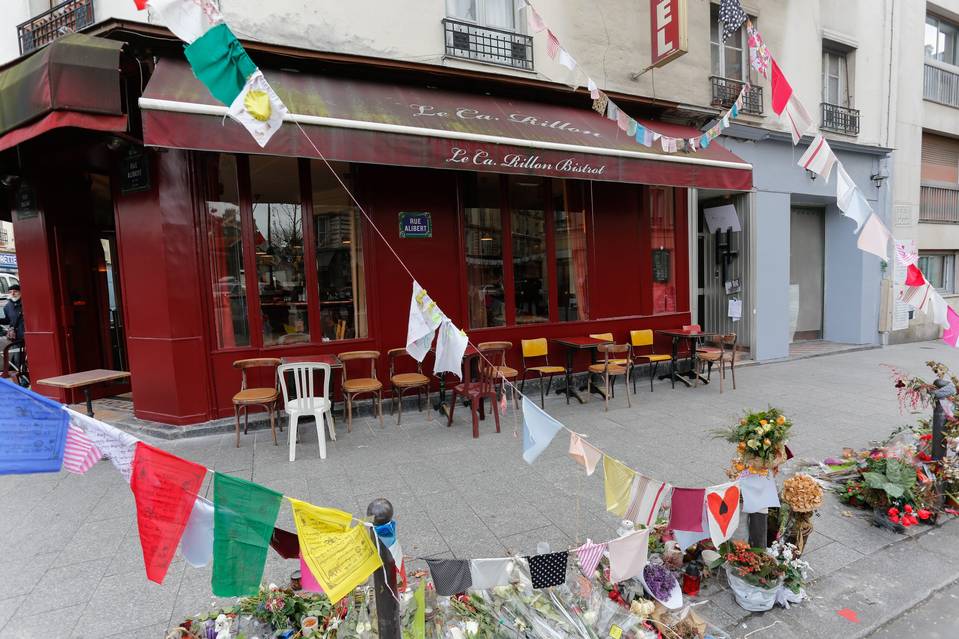 The Carillon restaurant, which was one of the sites hit in the November attacks in Paris, was decorated for its reopening two months later, on Jan. 13. PHOTO: SEBASTIEN MUYLAERT/WOSTOK PRES/ZUMA PRESS

PARIS—The presumed leader of the Islamic State operatives who attacked Paris in November boasted that he slipped into Europe among refugees from Syria as part of a team of dozens of militants, according to a key witness.

If true, the testimony adds urgency to a continentwide effort by security services to track down people with links to the extremist group. Authorities fear that Islamic State smuggled many of its fighters into Europe among the hundreds of thousands of refugees who have fled Syria and Iraq in recent years, officials say.

The investigation into the Paris attacks has raised questions about Europe’s ability to screen those refugees for potential threats. At least two people involved in the Paris attacks had registered as refugees on a Greek island in the months before they surfaced in Paris.

The latest testimony, which was reported by French media Thursday, came from a woman who provided information that led French police to Abdelhamid Abaaoud, a Belgian who is believed to have orchestrated the Nov. 13 killing spree in Paris that left 130 dead and hundreds injured. 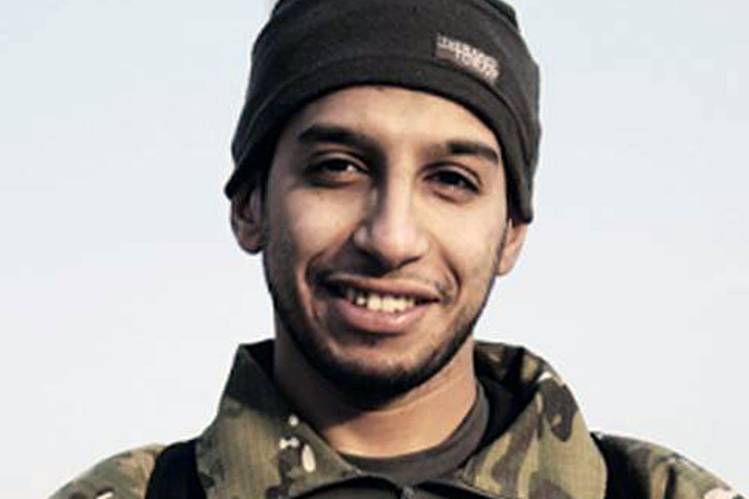 An undated photo of Abdelhamid Abaaoud, the suspected ringleader of the Paris attacks.PHOTO: ROPI/ZUMA PRESS

The woman, who spoke under the pseudonym Sonia, accompanied Mr. Abaaoud’s cousin, Hasna Aït Boulahcen, to a hidden encampment along a highway north of Paris in the days after the attack to meet Mr. Abaaoud.

She said Mr. Abaaoud told them that he arrived in Europe without documents, among the refugees, along with 90 other operatives, including French, British, German, Iraqi and Syrian citizens, an official familiar with her testimony said. The woman testified that Mr. Abaaoud said his network had operatives in the Paris region and elsewhere in Europe, the official said.

About 50 to 60 of the operatives in Mr. Abaaoud’s network entered the European Union by sea or land through Greece, Bulgaria and Romania, according to a Western counterterrorism official. The operatives traveled from Syria through Turkey to reach the EU borders, and then spread to various countries including France, Germany, Spain and the U.K., the official said.

No other details about their movements or the time frame over which they arrived were provided.

Mr. Abaaoud asked his cousin for help with the next attack he was planning: assaults on a commercial center, a police station and a nursery school in La Defense, the business district outside Paris, the friend testified.

“I said to him, ‘You have killed innocent people!’ ” the woman, speaking on RMC radio, said she told Mr. Abaaoud. “He said to me, ‘No, they aren’t innocent. You have to see what’s happening with us in Syria.’ ”

A French official confirmed the woman on the radio was the one who had testified.

After the meeting, she contacted police several times to disclose Mr. Abaaoud’s location and his plans for another attack.

“Her testimony was crucial,” said Clemence Bectarte, a lawyer with the International Federation for Human Rights who is helping to represent her. “It is the piece of information that helped them get to Abaaoud.”

Mr. Abaaoud was killed during a raid on an apartment hideout in the Paris suburb of St. Denis, shortly after the woman tipped off the police. Ms. Aït Boulahcen and another accomplice in the Paris attacks, a Belgian Islamic State fighter named Chakib Akrouh, also were killed.

Since then, authorities have been looking for more accomplices. A focus of the investigation has been on the dozens of people who arrived on the Greek island of Leros on the same day as the two attackers, officials familiar with the investigation said. Austrian police arrested two of them at a refugee shelter in Salzburg, saying that they had used fake Syrian passports to enter Europe.

Officials say Islamic State also has acquired the ability to print passports using authentic blanks and equipment seized in Raqqa and Deir Ezzour in Syria and Mosul, Iraq. France’s Interior MinisterBernard Cazeneuve has called for the creation of a task force that would have expertise in detecting such fakes.

In the interview with RMC, the woman, with her voice disguised, discussed her role in finding Mr. Abaaoud—and complained that the French government hadn’t done enough to shield her identity or protect her.

Her lawyer said the woman’s name and address are in the confidential file that is available to people who have been charged with assisting the attackers.

“This constitutes a major threat for her security,” Ms. Bectarte said. “She has been moved from her home. What we’re calling for are more long-term and effective measures.”

Mr. Cazeneuve said on French radio that “we are doing everything necessary in an extremely difficult context.”

Claire Andrieux, the reporter who interviewed the woman, said on air Thursday that the witness had contacted the radio station through its hotline. “It is important to say that she is the one who went to the media,” Ms. Andrieux said.