Home » EuropiStan » Europe’s Rising Right: A Guide to the Most Prominent Parties

Europe’s Rising Right: A Guide to the Most Prominent Parties

Amid a migrant crisis, sluggish economic growth and growing disillusionment with the European Union, far-right parties — some longstanding, others newly formed — have been achieving electoral success in a number of European nations. Here is a quick guide to eight prominent far-right parties that have been making news; it is not a comprehensive list of all the Continent’s active far-right groups. The parties are listed by order of the populations of the countries where they are based. 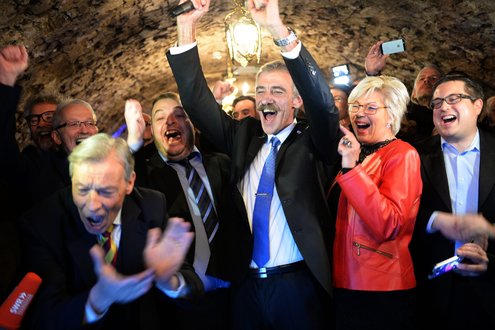 Supporters of the Alternative for Germany candidate Uwe Junge, center, celebrated after parliamentary elections in March. Backing for the party shot up after sexual assaults in Cologne on New Year’s Eve. CreditRoland Holschneider/European Pressphoto Agency