Home » EuropiStan » Erdogan on Merkel: Germany only has itself to blame as it BACKS terrorism

Erdogan on Merkel: Germany only has itself to blame as it BACKS terrorism

Recep Tayyip Erdogan launched the stinging criticism of Chancellor Angela Merkel amid an ongoing spat over Turkey’s migrant programme, which is at risk of collapsing.

His comments followed a spate of terror attacks in Germany in the last month that have piled pressure on Mrs Merkel to tighten security and reform her open-door immigration policy.

President Erdogan said: “Let them feed the terrorists. Like a boomerang, it will hit them.”

The Turkish leader savaged the German government for lending its support to the Kurdish PKK, which Ankara regards as a terrorist group, adding fuel to the diplomatic fire raging between two of Europe’s most influential nations.

He also criticised German officials for blocking his appearance via a live video stream at a rally in Cologne a week ago.

Separately, President Erdogan warned that Turkey’s migration agreement with the European Union may collapse if Brussels does not keep its side of the deal on visa waivers.

Speaking to French newspaper Le Monde, he said: “The European Union is not behaving in a sincere manner with Turkey.

“If our demands are not satisfied then the readmissions will no longer be possible.”

Ankara agreed in March to stop migrants from crossing into Greece in exchange for financial aid, the promise of visa-free travel to much of the EU and accelerated membership talks.

However, the reciprocal visa-free access has been delayed due to a dispute over Turkish anti-terrorism legislation and concern in the West about the scale of Ankara’s crackdown following afailed coup. 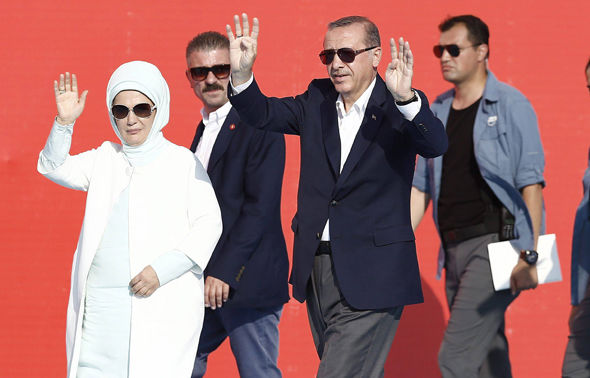 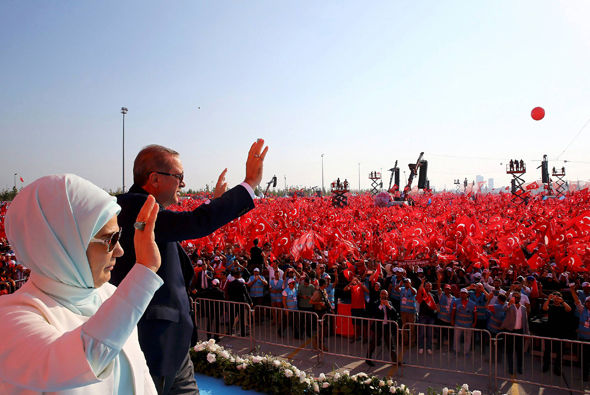 Thousands of people attended a massive democracy rally in Istanbul 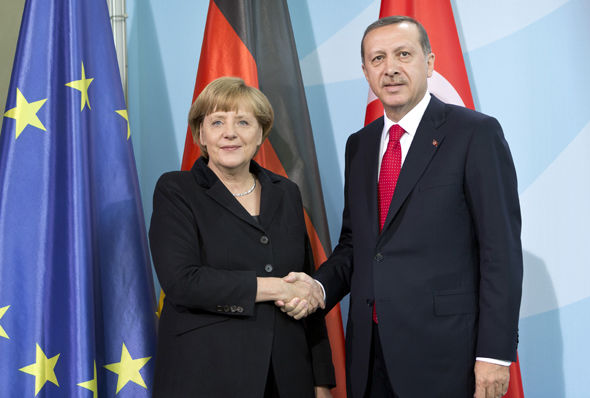 President Erdogan went on to accuse leaders across the Western world of responding to the military’s attempt to oust him with “cliches” rather than strong words.

He said: “The whole world reacted to the attack against Charlie Hebdo. Our prime minister joined a rally in the streets of Paris.

“I would have hoped that the leaders of the Western world would have reacted (to the coup attempt) in the same way and not have contented themselves with a few cliches.”

President Erdogan has also faced criticism over his support of the death penalty.

He claimed the Turkish people wanted the death penalty bringing back but EU leaders have warned him that such a move delay EU membership talks further.