THE Queen of Denmark has urged Muslims arriving in Europe to adopt Western values in an extraordinary intervention in the migration debate.

Queen Margarethe II said it was “not a law of nature” that asylum seekers automatically integrated into society and called on Muslim groups to do more to help new arrivals understand Danish society.

The Queen, who is one of Europe’s most respected and long-serving royals, said politicians needed to “put their foot down” and strictly uphold the country’s principles of democracy and gender equality in her unprecedented rallying cry.

Denmark has taken in just under 15,000 asylum seekers in the last nine months, according to Government statistics, and has reintroduced border controls to stem the flow heading northwards towards neighbouring Sweden.The arrival of predominantly Muslim refugees has sparked a heated debate about migration in the country, which earlier this year saw a new law passed allowing the authorities to seize migrants’ assets to pay for housing and benefits. 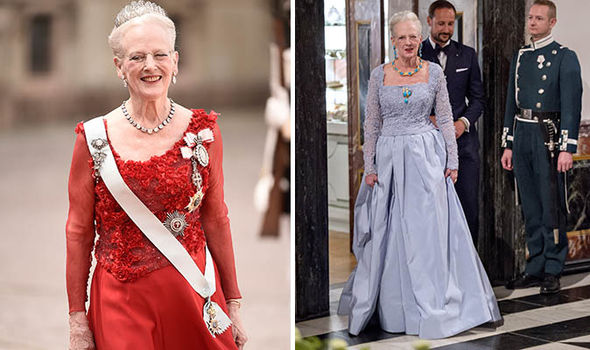 Some right-wing politicians have linked asylum seekers to the growing threat of Islamic State (ISIS) with one, the deputy leader of the anti-immigration Danish People’s Party, Soeren Espersen, issuing a Donald Trump-style call for a six-year ban on Muslim migrants entering the country.

And now the Nordic country’s Queen has intervened in the national debate with an outspoken rallying call to Muslim migrants to integrate into the country’s free, tolerant society.

She said: “It’s not a law of nature that one becomes Danish by living in Denmark. It doesn’t necessarily happen.

“We thought that these things would take care of themselves. That if you walked through the streets of Copenhagen and drank the municipal water and rode the municipal bus, you’d soon become a Dane.

“It was so obvious to us, and therefore we thought that it must also be obvious for those who settled and lived here. It wasn’t.”

In a book, compiled with the Danish journalist Thomas Larsen, Queen Margarethe said that migrants arriving from south east Asia had “prospered”, but those coming from the Middle East “have had a hard time finding their rhythm in Denmark”.

And she admitted that the sheer scale of the new arrivals seen across Europe over the last 18 months had changed her views of immigration which, as a young woman in the 1960s, she and other Danes saw as “exciting”.

Speaking about the cultural values some migrants bring with them, she said: “We cannot pretend that it wears off by itself. It won’t. Many of us thought that people who come to a strange place are a kind of a blotting paper that absorbs everything new.

“The task becomes harder, however, when so many people having various backgrounds and a particular religion arrive at once. They risk isolating themselves regardless of their will.”

And the veteran monarch, who ascended to the throne of Denmark in 1972, offered a scathing verdict of today’s crop of EU politicians who she accused of betraying European values in the name of political correctness.

She said: “If you can’t formulate what you stand for, it is hard to tell others about it. It needs to be worked on and every once in a while you need to put your foot down with somebody and say ‘Hey! That won’t do’.”

Her remarks were extremely outspoken for a royal who, like England’s Queen Elizabeth, has traditionally attempted to remain above the political fray.

But they were welcomed by the Danish Culture Minister Bertel Haarder, who said the Queen was simply voicing the concerns of many ordinary Danes.

He said: “She described precisely the development that many of us have gone through. I remember saying at the beginning of my tenure as Integration Minister that the number of immigrants and refugees did not matter meant so much, as long as they found work.

“It sounded good, but unfortunately it was not true. It is the number that matters.”