A Danish newspaper has deleted a post claiming that migrants kidnap Danish girls for sex after the story became one of the most viral in local media. Critics of the submission said it lacked proper evidence and was based on loose facts.

The article with the intriguing title ‘Trend comes to Denmark: Immigrants kidnap Danish girls for sex’ appeared in Ekstra Bladet tabloid newspaper earlier in October. The text was published in the section dubbed ‘People’s Voice’, where readers express their views. Many stories in this section are devoted to the topic of Islam, terrorists and asylum seekers.

According to Danish media that saw the scandalous article, the author claims that Muslims are 200 times more likely to abduct women than non-Muslim men. He allegedly collected the evidence from the British newspaper Mirror and YouTube channel named ‘Never Submit To Islam’. It’s not exactly clear which stories from Mirror the author quoted. 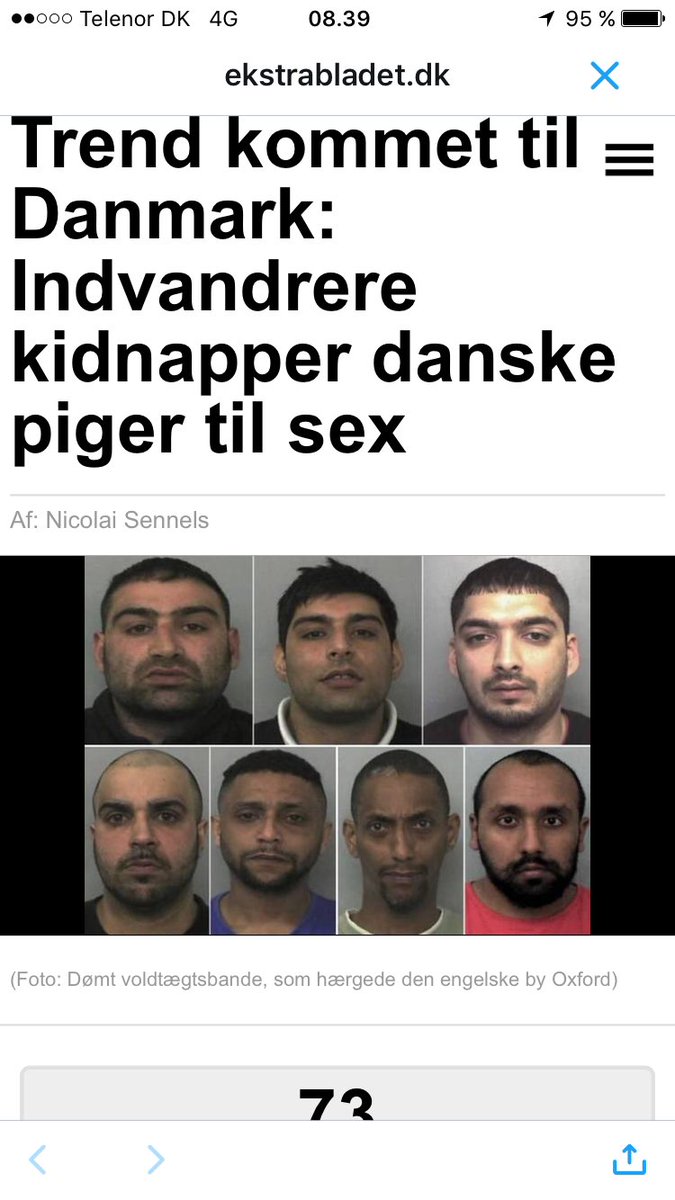 The post ranked as the second most viral on filip.journet.sdu website, an aggregator for viral stories in Danish media, according to the reports.

Screenshots from the story circulating on social media suggest that author of the text is reportedly Nicolai Sennels, a co-founder of Pegida Denmark, an anti-immigrant group.

However, not everyone was amused by the post. Many of its critics said that the opinion article looked like a news piece with subheads, references and even a picture with caption, but lacked proper evidence, which was misleading.

The chairman of the Danish Journalism Union, Lars Werge, tweeted to Ekstra Bladet Editor-in-Chief Poul Madsen that the article is questioning the paper’s credibility.

“People fail to notice that it is not a journalistic article,” Werge later said, as cited by the Politiken newspaper, “You use some journalistic tools [in the article], which ultimately can damage the credibility of journalism.”

Werge noted that “journalism is factually based.”

“I think you have to declare clearly that this is an opinion piece, not a researched article,” he added.

Madsen replied in a tweet that “media contains journalism and attitudes” and the ‘People’s Voice’ section is “the users’ own universe.”

The article didn’t only create a stir in media world, but also in politics. Andreas Hemmeth, press spokesman for Danish Social Liberal Party Radikale Venster, tweeted that he knew many people who shared this post and who thought “it was a real article.”

Finally on Monday Madsen announced on Twitter that the controversial article would be removed.

“Agree! It is over the limit” he said. The story is currently not available on the website.

“This post will be shared and read enormously, and we know that people who share on social media typically do not read more than the headline of what they share. This means that a lot of people get the impression that this is a journalistic truth delivered by Ekstra Bladet, and not a reader’s personal position.”

In 2015, Ekstra Bladet was also forced to remove a story about the husband of ex-Prime Minister Helle Thorning-Schmidt. The article which was perceived as proper news was in fact a letter to the editor.