TWENTY Christians have been beaten and jailed for hanging a cross outside their home in China.

Public security officials stormed the property in central Hanan province after a crucifix was seen outside.

An eyewitness, described the scene in Nanle as “miserable” as officials beat the Christian homeowner before turning on other Christians coming out of the property.

Zhang Mingxuan, a pastor and president of the Chinese House Church Alliance, told China Aid: “It is against the national constitution and laws for house church believers to be beaten by Nanle County Public Security Bureau. 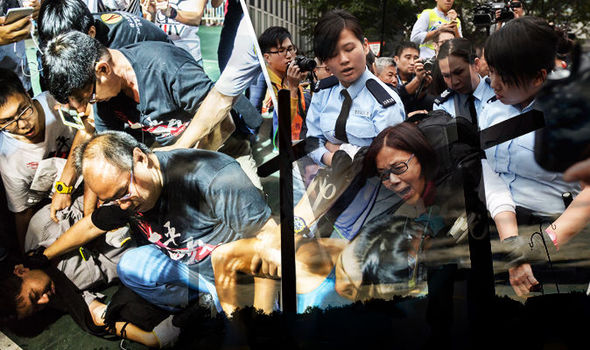 Churchgoers have been beaten and arrested in China

“A lot of problems have been caused because the public security bureau personnel control, attack and persecute Christianity in Henan. I hope the international community will pray for them.”As chaos broke out in Nanle, officials in Xinjiang, raided a Christian couple’s house following reports a cross was displayed inside the property.The couple, who run a house church, were detained alongside a woman visiting their home. 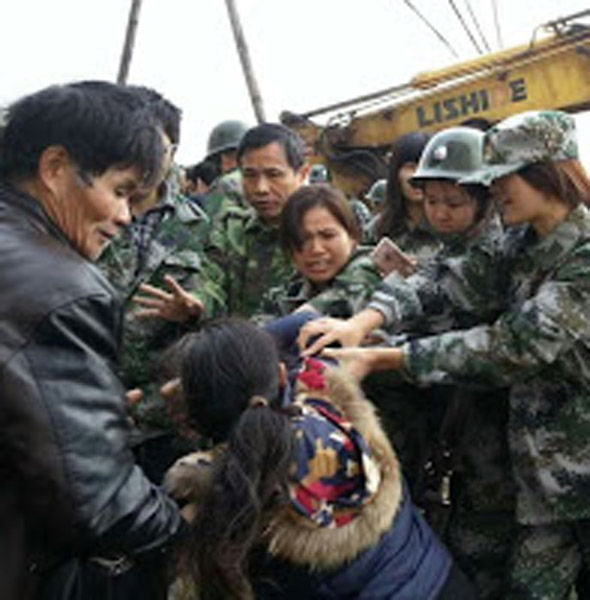 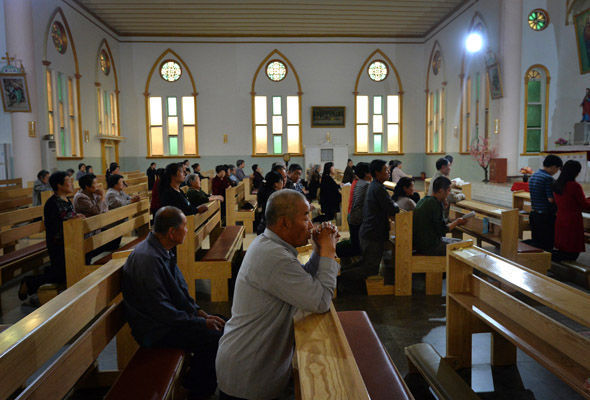 China Aid, who identified the couple as Dai and Li, say the couple and woman were taken away by police.Dani has since been released but his wife and their guest remain in jail.Officials reportedly confiscated other religious items from the couple’s home in north western China.It comes as China’s latest regulations on religion come into force. 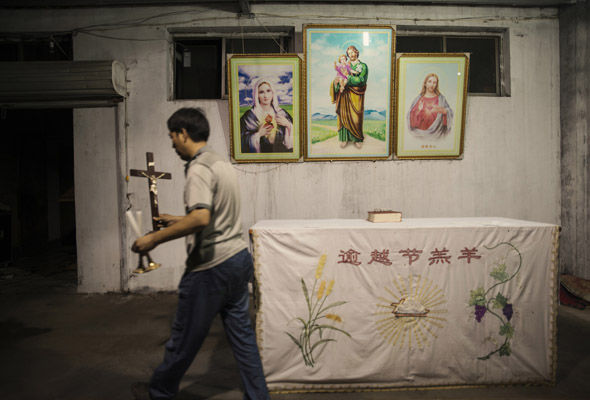 The crackdown has forced Christians to worship underground

The Chinese Communist Party has been accused of cracking down on religious freedom with the laws which restrict worship.Xi Jinping’s despotic regime has banned Christians from praying, singing hymns, removed crosses from buildings and arrested people for attending worship.Christian charities have reported scenes of violence, Christians being arrested, sent to labour camps and tortured.The crackdown has forced Christians underground and has left a deal between the Vatican and China on the brink of collapse.

Catholics in the secretive state are divided between the official state Church, which heavily monitors sermons and teachings, and those who attend ‘underground Churches’, which run illegally away from the eyes of Xi Jinping’s Communist government.

It has led to an underground movement where bishops are unofficially elected without authorisation from the Chinese Communist Party or the Vatican.

But in an unusual move, the Holy See released a statement this week warning underground Catholics not to take matter into their own hands.

It comes amid growing expectation the Vatican and the Chinese government are close to an agreement on the ordination of bishops as China still insists it has the authority to appoint bishops independent of the Holy See.