Local councillor Lisa Duffy, who is bidding to replace Nigel Farage as Ukip leader, this morning set out what she termed a “positive vision for British Islam” as a major plank of her campaign.Ms Duffy was accused of “dog whistle politics” and of portraying Ukip as “small-minded” and “chasing the bigot vote” by her leadership rivals.But the former shop manager dismissed suggestions she was copying the anti-Muslim sentiment of Republican presidential candidate Mr Trump, who has called for a complete ban on Muslims entering America.She said: “I don’t think I can compare to Donald Trump at all. I’m very different to him.

“As Ukip leader, if I’m fortunate to get elected, I want us not to shy away from difficult issues. I’m not going to be hounded into a corner to be made to be feel this is the wrong this to talk about.

“I have travelled the country, knocking on doors, I talk to people in my own community that I represent. There is a fear out there and it’s unfair on all Muslims.”

Ms Duffy cited her experience of working alongside young Muslim women for high-street chain TK Maxx.She said: “These lovely girls who worked for me weren’t able to decide how they dressed, who they went out with, what leisure pursuits to follow or a host of other things I took for granted.“Why should I, as a white, Christian women, effectively enjoy greater civil and human rights and freedoms than others?”Ms Duffy highlighted issues such as female genital mutilation, honour killings, forced marriage, polygamy, child grooming gangs and electoral fraud as having “roots in a lack of female emancipation”. 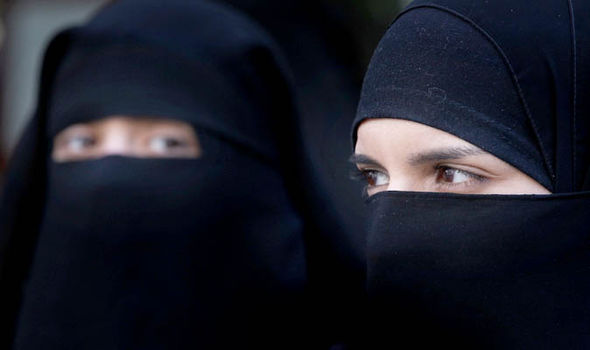 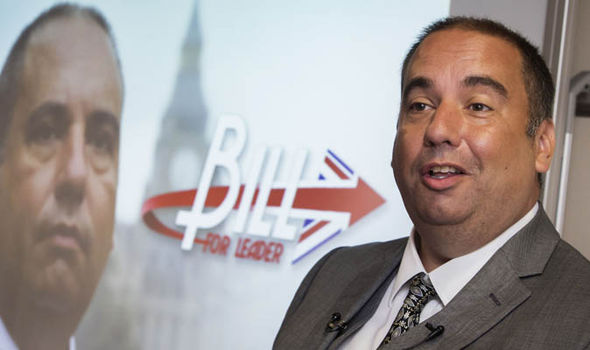 Why should I, as a white, Christian women, effectively enjoy greater civil and human rights and freedoms than others?”

Addressing the threat of Islamist-inspired terrorism across Europe, Ms Duffy said: “If British politics doesn’t get its act together, and quickly, the fate of France and of Belgium and Sweden and Germany will be our fate before very long. The stakes really are that high.”She added: “So I say to our three million British Muslim neighbours: I understand these issues are tough for you too. I understand how the law-abiding majority of you must often feel besieged.“But the time has come for all of us to admit that within our communities there is a proliferating threat to our way of life, and that it does none of us any good to deny it.”Ms Duffy said if she became Ukip leader she would introduce a “show your face in a public place” policy to ban the face veil on “public transport networks, in public buildings, banks, stores and shopping precincts”.

She said the ban would apply to “all those places where teenagers are told to take their hoodies down and where motorcyclists are expected to remove their helmets”. 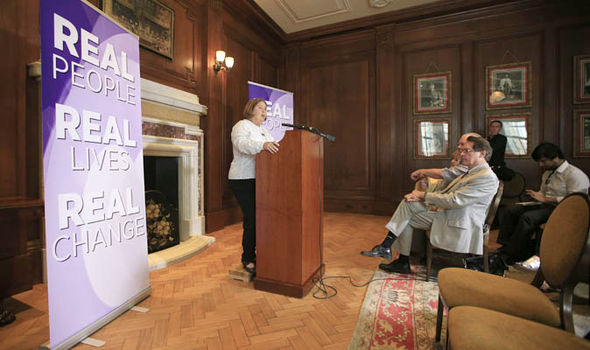 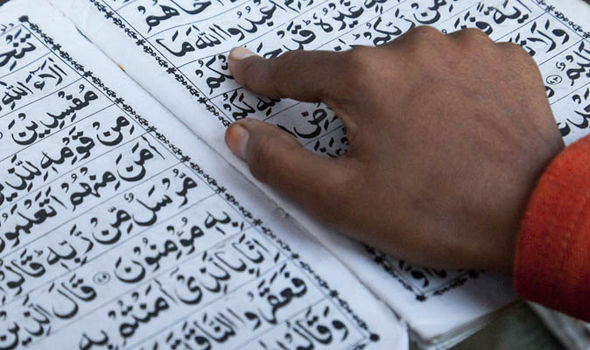 Repeating her demand for Islamic faith schools to be closed, Ms Duffy said the ban would apply “until the Islamist terror threat is securely in remission”.And she said the use of Sharia courts, used by some Muslim communities to rule on family disputes, cement “the totally unjustifiable repression of women that is so common in Muslim communities”.Ms Duffy, a town and district councillor in Ramsey, Cambridgeshire, proposed a “complete and comprehensive ban” on Sharia courts.She said she had “no truck” with far-right groups such as the English Defence League (EDL) and ruled out supporting a total ban on Islam and mosques in Britain .

Insisting she is “a passionate defender of freedom of worship” she said she wants Muslims born in the UK to “feel as British as I do”.

She added: “In the UKIP that I lead, reformist Muslim voices who will help us all to realise the good things Islam has to offer Britain will be more than welcome – they will be cherished.”

But Ms Duffy’s rival for the Ukip leadership, MEP Bill Etheridge, suggested her comments would threaten the party’s growing popularity with Muslim voters.He told Express.co.uk: “I’d hate to think Lisa’s views represent the majority of Ukip members. She seems totally out of touch with branch activities.“In Yorkshire and the Midlands we have a very diverse membership and we don’t want anyone to feel uncomfortable or unwelcome.”Launching his own leadership bid in Manchester this morning, Mr Etheridge said: “I am proposing that as a party we focus on our policies, cementing libertarianism into our DNA.

“That means not focusing on small issues like Islam which makes us look small-minded – I’m not chasing the bigot vote.”

“We don’t need more of this dog whistle politics, it turns people off, plays rights into the hands of our opponents and it is just plain wrong.

“We shouldn’t be the party advocating to ban things. Ukip needs to be a broad based political party not a protest movement.”

Responding to the criticism from Mr Etheridge, Ms Duffy said: “Sounds to me like he’s trying to get some press on the back of my speech this morning.”