A TEENAGE Muslim migrant has been charged with raping a female worker at a Red Cross asylum seeker centre – just weeks after taking a course on how to treat women.

The 16-year-old was alleged to have attacked the worker after following her from a catering firm into a basement, prosecutors said.

It marks the latest in a string of alleged sex offences by migrants across Europe and the mass sex attacks that took place in Cologne on New Year’s Eve.

The latest incident happened at an asylum centre in the Belgium town of Menen, near the French border.

The judge ordered for him to be detained in youth custody until his next hearing.A spokeswoman for the Red Cross said it was the first time in 25 years such an incident had occurred at one of the organisation’s asylum seeker centres in the country.She said: ”Two weeks ago we gave a course about how to treat women in Flanders and the boy was present there.” 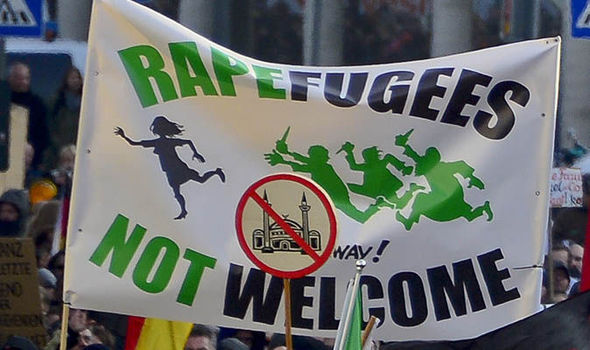 Tom Van Grieken, leader of anti-immigrant party Vlaams Belang, said on Twitter: “People who need a course on how to treat women should not be there in the first place.”Belgium received 35,476 asylum requests in 2015, more than twice the level of 2014.The shocking incident came just weeks after an Iraqi asylum seeker was accused of raping a 10-year-old boy in a swimming pool in Vienna, Austria.

It was later reported the migrant had told police he committed the atrocity because it was a “sexual emergency” because he had not had sex in months.

The alleged rapist was then said to have blamed his kind-hearted translator, who was teaching him how to integrate into life in Austria.

It was reported he claimed the translator had raped the boy first before encouraging him to do the same.

Austrian detectives later interviewed the horrified helper, who is also from a migrant background, and have now added a charge of slander to the rape allegations.
Last month also saw a German leisure centre ban all migrants after two teenage girls were allegedly groped in a public swimming pool.The shocking incident at a leisure centre in Munich was said to have involved three Syrian boys who allegedly touched a 17-year-old girl underneath her swimming costume.They were then alleged to have groped the girl’s 14-year-old sister after she came to her sibling’s defence.

More than 500 women have reported being sexually assaulted, raped and robbed after more than 1,000 migrants went on the rampage in the city centre of Cologne, in Germany, on New Year’s Eve.

Investigators have said the majority of the perpetrators were of North African and Arabic origin and comes amid growing unease in Germany towards Angela Merkel’s controversial open door immigration policy.